Gov’t Budget Cuts…It effects US all!

So the scare of the financial fiscal cliff was thought to be behind us but the threat of social & health services are still in jeopardy!

Programs like WIC, Healthcare, Welfare are among the few services that the US government provides for low-income individuals. But as the costs go up and the funding gets low…people dependant upon them worry where the next handout will come! Now I can point fingers all day regarding who’s at fault here but it wouldn’t do a damn thing!

Regardless if you blame welfare queens, illegal immigrants, government greed & misuse of tax dollars, the problem isn’t one particular group of people! It’s all of them! You got lowlife leeches “bucking the system” who think the system owes them for spitting out countless bastard babies with no regard of those who do need the services. Not to mention the fact that they have babies without no real contingency plan outside of public assistance. Then there are the misuse and misappropriation of funds that are so badly needed.  Greedy politicians whose stuffed pockets were starting to deflate now need to offset the deficit by pulling money from social services all the while borrowing funds, which still increases debt.

So who suffers most in this country? The ones who need government assistance and social services: the elderly, the handicapped, disadvantaged, disenfranchised, the poor, the ones unable to help themselves!

Sure we all fall into unexpected circumstances but that doest mean we should keep pushing further down the rabbit-hole. 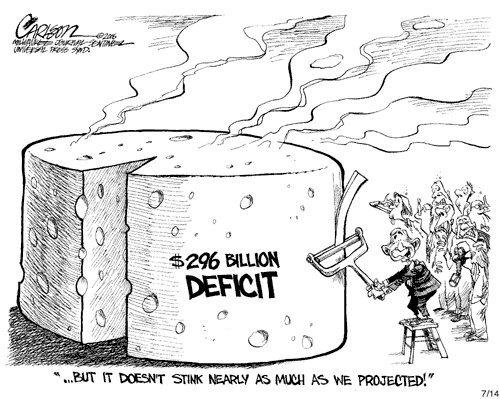 It not only bleeds dry a drained system but it gives others the idea that “milking the system” is ok in this country… Ergo illegal immigrants jumping the border for the blemished American dream! Let’s face it Americans have always been used to the capitalist idea of living on someone else’s back going back beyond slavery.

Then there’s was… A trillion-dollar entity! Foreign aid spending, etc… The list goes on!

So who’s to blame? How do we pull ourselves out of this hole?