After seeing an early screening of Infinity War Thursday afternoon/evening, I was on the wire about doing a review about it because it was tough as is without revealing spoilers.  Not to mentioned that both my daughter and I were actually speechless in addition to me being tired as all hell.  There were so many things that this movie contained (I will discuss that further) and at the same time, there were things that kinda forced me to look back at the last 10 years of Marvel flicks.  That’s one crazy as buildup and in addition to all of that, I was stuck thinking to myself how the hell do I give you my opinion without spoiling anything for you?  Here goes…

First of all, if both the Justice League and Thor Ragnarok have taught me anything, it’s fuck the trailers.  Don’t get me wrong they built up expectations and amped me up…so job well done.  But what I’ve noticed is that there is something called post-productions edits or something.  I will accept that without a problem because I know shit changes, gets deleted or added.  Also fine.  I also accept that trailers are only to give you a taste of what’s to come. Also accepted!

But what I hate is that with technology, things get completely changed when you finally sit your ass in the chair in the theater and sometimes changed again when it goes on demand/video.  So what I don’t like to sum it up…is to be fucking lied to. I know it sounds harsh.  But that’s cheating.  Anyway, that’s all I am gonna say about that. Yes, I loved Infinity War trailers and TV spots but those sneaky bastards had me for a second yesterday.

Ok, I got that off of my chest.  Other things that bugged me a bit but I understand was the beginning, after the traditional action-y sequence “Avengers” title card popped up, was that after the 20 minutes into the film was the when the wheels started spinning.  And I say that because this flick pretty much did not waste any time at all. However there was a part of me thinking that it felt crammed all in.  I mean I understand that it’s a decade worth of movie characters plopped together as well as plots that all had to be blended up and worked into this movie itself.  Yet this movie literally gave me no “bathroom break” moments or time to fumble around with the nachos and cheese contraptions.

My eyes were glues to that screen and needless to say, my drink was pretty much untouched once I remembered how long that movie was.  All that being said, Infinity Wars at times felt rushed and agonizing at the same damn time.  Like I am sitting there thinking and hoping when this person was going to link up with that person but also wondering why did they pan away from a particular situation too.  So there was a lot of back and forth.  Also some to the characters didn’t give me the same feelings as they did in prior settings…despite being played by the same people.

But yet none of this took away from the film.  It was a spectacular film.  Considering most of the MCU flicks have had different directors and writers, it’s expected to see them be slightly different.  Thor is a great example of this especially if you judge him by Ragnorok & the first Thor movie and previous Avengers flicks.  Another thing I will point out is that in this flick, and unlike the other films, the stakes are much much higher.  I sat there thinking the whole time… “DAMN…it’s going down now!”

The acting and direction (Kudos Russo Bros) did not give me this feeling for no reason.  So the feeling of “blink and you’ll miss it” is forgiven because this isn’t your typical Marvel flick or comic book adaption or even fantasy action movie…the characters on screen know it and you will too.  That my friends is primarily due to Thanos himself.  There is no fucking around with this guy.  Major big ups to Josh Brolin who I’ve adored for a while now (even in MIB 3…lol).  I guess you got it from your daddy!!

Anyways, Thanos is the type of villain I have been waiting for since seeing my first ever comic book flick.  He is not to be played with, he is not wasting time either.  He has a mission and he intends on getting it done…even if it means he knows that his lackeys (as they always do… will fail)  – remember both Avengers movie endings? While Thanos in my opinion never was the standout villain, he is definitely formidable.  And you will see why it’ll take all Avengers heroes to bring him down.  And while he looks like Darkseid and is probably just as powerful….he is not like DC villain.

Thanos does what very few villains do in this movie and each of the heroes know it.  What I also dig about Brolin is that he brings some serious depth to Thanos.  Something that I haven’t seen in the comics or animated movies.  He is more than just a greedy/world dominating/destroying cliche villain.  He has some conflict and you can honestly feel it.  He knows what he has to do and despite not wanting to, he sets out on a mission.  He is not tempted by greed, corrupted the thought of absolute power alone or blinded by rage/love…even if he is in the comics.  The crazy thing is that he feels what his is doing is right. (and on some twisted way, he does have somewhat of a point).

I just wish that his intensity on screen was matched by our heroes.  Not saying that the acting was bad by Iron Man, Captain and crew… I am just saying that Thanos stole each scene…well most of them.  When this dude stepped on the scene, it was like watching a Jason flick…You knew one thing and that was he wasn’t half-stepping or playing games.

Despite all of that…this movie had me laughing.  It had the humor you would expect from a Marvel movie.  it had some emotion and heart at the same time.  The feelings you’ve grown to cultivate over the years and the love you’ve had for these characters is there. So expect shockers, twists and turns as well as some cameos.  But just keep in mind this is kinda like Harry Potter, Hunger Games and those annoyingly addictive Twilight movies…  there is more to come next year from the next Avengers Infinity War flick.  Also keep in mind, while it takes characters and elements from previous MCU movies, it is its own baby here.  So while you may want more and you won’t want to get up for a while until you process everything…do those ticket-holders waiting to see the next show a favor…just keep it moving!

You can clap, cry, laugh, cheer…hell you can even kick and scream real quick!

…just hurry and get up because those ushers have shit to do.  Just keep in mind, it may feel like Infinity War is the end-all-be-all but there are more MCU movies to come.

My opinon is while you don’t have to watch every MCU flick to be caught up… I would advise it. Especially the last few releases and the Avengers flicks. 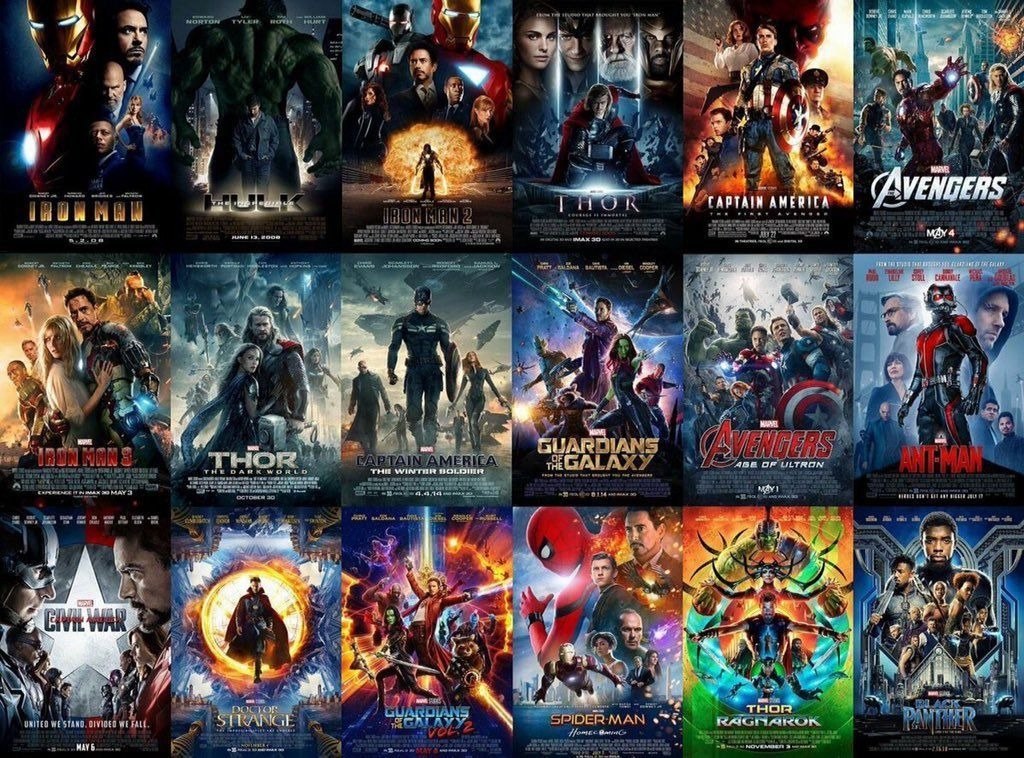 My vote on Avengers: Infinity War… It was Awesome!