DUMBASS OF THE DAY: Lil’ Wayne 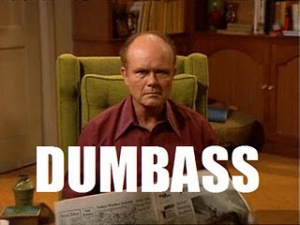 And the Dumbass of the Day award goes to none other than….

YES!!! According to daily dish online… Lil’ Wayne aka Mr. Dwayne Carter has lost an official endorsement from PepsiCo’s Mountain Dew brand! Reports state that the decision was in response to the fiasco that stemmed from lyrics in a song.

Well to recap, this genius made some inappropriate references to the late Emmett Till in a remix for Future’s Karate Chop song back in February. Emmett Till was the 14-year-old Chicago kid who in 1955, while visiting relatives in Mississippi, was brutally tortured & killed for allegedly whistling at a white woman.

The lyrics, “Beat that pussy up like Emmett Till,” stirred quite the controversy after Till’s family expressed their unhappiness. Epic called the song’s leak an “unauthorized remix version” & had the lyrics removed. Epic chief L.A. Reid at the time, reached out to the Till family and personally apologized.

Lil’ Wayne did issue an apology to the family recently. But it did little to rectify anything as PepsiCo’s decision had come a few days later along with a statement from the company, “Offensive reference to a revered civil rights icon does not reflect the values of our brand.”

My thoughts???? WHAT THE HELL ARE THE VALUES OF YOUR BRAND, Mountain Dew?

I will be brief…

Personally I’m not shocked! As much as I agree with the decision to drop Lil’ Wayne…one must ask why was he endorsed anyway?? I mean I know Mountain Dew is targeted towards younger folks. That being said did they think endorsing a rapper who not only engages in but promotes drug use/abuse was ok??

Not to mention the flaunting of promiscuity or several babies out-of-wedlock… I mean is that ok too??

Think about what message this sends to our already misguided youth!

Seriously, these execs and big wigs in their big chairs flaunt/market these rappers or celebrities as well as their outlandish behavior. The worse it is, the more fame and money rolls in. Yet when it becomes a “politically incorrect” public relations fiasco and the protests of conscious folks outweigh the “cha-ching” sounds of money rolling in, well this is the result!

I guess it’ll pay to endorse someone a little more clean-cut next time… I’m sure they can find one rapper out there who fits the bill!