DUMBASS OF THE DAY: Annoying Managers

And the award goes to…that anonymous asshole we all have the displeasure of working for or with who swears he/she knows it all but knows about as much as the gum on the bottom of my shoe. The manager or director who in rare occasions you have the pleasure of telling off or proving wrong but the bitter pain of having to deal with because they will find ways to make themselves seem relevant because of WHO they know but not WHAT they know.

They constantly try to sound important, intelligent yet are told by us minions that we know best because we deal with the shit they pass onto us leaving them to be oblivious to anything pertaining to their job title. Never mind the fact that they deny you the simple enjoyment of being paid a decent salary, they turn down your decent ideas that would make not only your company thrive but make the 2 of you look awesome. 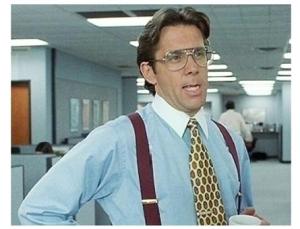 However what’s really a kick in the nuts is the fact that sometimes these jackasses take your good ideas and front them as their own.  Then gloat to the world their amazing managerial skills. 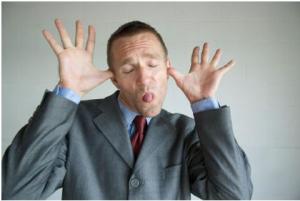 To add salt to open wounds, they walk around the office setting as if they are on top of the world.  But you and other peers know they are morons.  Sadly this is not enough to make that painful 9-5 go by faster.  I mean normally all I want to do is wait for my pay check and go about my business. But these fucks make it really easy to want to jump on my desk, do a crazy dance and scream, “HEY ASSHOLES, TAKE THIS JOB AND SHOVE IT…OH AND FUCK YOU!”

Sadly though, if that isn’t bad enough, you have some who are such babies and sore losers that instead of saying, “Well played!” when you do prove them wrong, they walk around ignoring you, not speaking, or not holding the door when you shuffle by with arms full and hot coffee spilling down your wrists. Because they are for lack of a better term, petty!  But you want to know something? That hot coffee scolding my hands is actually the trophy of knowing I had the satisfaction of making you look like the moron you truly are.

I mean some folks make you feel either constantly annoyed or ready to go postal. But do we? No.  Because we have something called responsibility such as family, bills and a way of life to preserve when not moaning over the shit called employment.  And I know what some will say, “Don’t complain!” “There are some without jobs.” “You’ll get fired!” “It’s better than most have!”
To that I say, “Shut the Hell Up!”

I complain because I can… I vent because it’s better than going to jail for going postal! Yes I am grateful to have a job and yes I am pleased in the work that I do.  But it shouldn’t come at the cost of my sanity and self-respect!